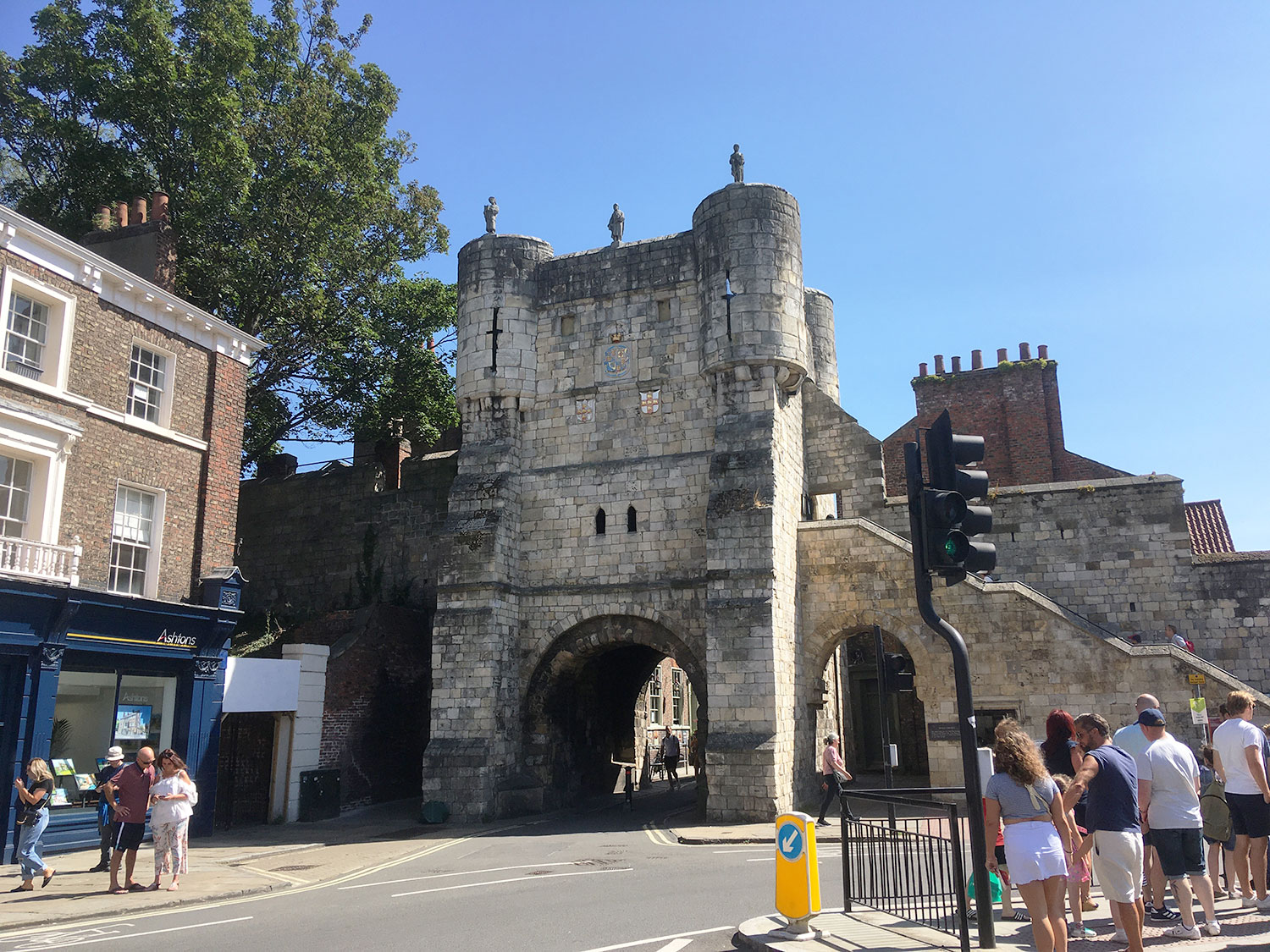 In her new book, York Historic Walking Guides, author Claire Shaw uncovers the city’s history as seen by foot through the city.

For those keen to discover what goes bump in the night, one of the walks in her book is Ghostly & Ghastly York, which take you past some of York’s most haunted and sinister locations.

So which are York’s most ghastly sighty?

Where today you might visit York Art Gallery or the Theatre Royal, gruesome executions of Catholics and criminals once took place in front of spectators keen to see the ‘guts and entrails’ spill out.

The elegant gateway to the city between High Petergate and Exhibition Square would once have been adorned with real human heads on spikes! These would often be rebels against the Crown, and left there to rot and decompose.

Hole in the Wall

One of the many haunted pubs in York. The Hole in the Wall once had a secret passageway where torture was carried out, and footsteps can still occasionally be heard when no one is around!

In the 1960s it was decided to install a modern central heating system in the house and work was begun in the cellar. Eighteen-year-old apprentice plumber Harry Martindale was doing groundwork in the cellar when suddenly he heard the distant sound of a bugle blowing. He wasn’t sure, but it sounded like a trumpet making repeated discordant sounds. Returning to his work, Harry realised that the noise was becoming louder and louder. Then suddenly the torso of a soldier emerged from the wall directly in front of him. Recovering his senses, Harry backed away and huddled in a corner of the room to witness the scene. As he stared in disbelief, soldiers one by one, began to emerge from the wall, striding across the cellar in single file, finally disappearing through the wall at the opposite end of the cellar. The first thing that Harry noticed about the men was that they seemed to be rather short, probably only chest height. On closer inspection, it appeared that the soldiers were actually walking on their knees!

After recounting his experience to family and close friends, the press got hold of the story and reluctantly, Harry agreed to speak to the media. It was not long before the national media became interested. Many began to poke fun at Harry, rubbishing his story.

Years passed and when a startling discovery was made, people remembered Harry’s story. In 1972 building contractors in York discovered a sewage system and then a Roman road running below the Treasurer’s House. The two -thousand -year- old road lay approximately 40 centimetres below the level of the cellar of the Treasurer’s house. Could this explain why Harry saw a troop of soldiers with no feet?

In the mid 19th century George Pimm was ordered by the church to round up all the orphans and waifs and strays in the area and enroll them in Bedern Ragged School. Squalid living conditions ensured that many of the children died of starvation or disease. Pimm began to hide the dead children within the grounds and walls of the school, so that the church continued to think that they still lived. Over the eight years that the school was open, Pimm hid at least 13 children in and around the school.

Eventually Pimm began to suffer from paranoia and reported a strange atmosphere around the school. He was taken to the lunatic asylum. After four months of incarceration, he hung himself. In a suicide note he complained of the wailings and screams of the dead children that tortured him in his cell.

Visitors to the Bedern area have spoken of feeling their clothing or bags being tugged as they walk through the Bedern Arch. Some people have heard childrens’ laughter, whilst others have heard screams of terror.

A house on this site dates back to the fourteenth century, so as you can imagine there are many ghostly goings on in the pub. A ghostly gentleman in a bowler hat appears at the bar occasionally and seems to be waiting for someone, until he fades away. Also, in the bar the ghost of a beautiful young woman has been seen staring into the fire. She is thought to be a jilted bride.

Dating back to 1503, the Golden Fleece claims to be the most haunted pub in York.

Lady Alice Peckett, the wife of the Mayor of York, has been seen walking the corridor that adjoins her house to the pub. One-eyed Jack wears leather boots and a red jacket from the 16th century and has been spotted at the bottom bar. A soldier from World War II is also said to haunt one of the rooms upstairs, where he fell from the window to the street below. Those who have stayed in the room subsequently have sensed his presence.

At dusk, just before the gates of the churchyard close, the faint outline of a man has been sighted in this graveyard. He wears fine clothes from the Elizabethan era, leather boots and a wool jerkin. However, above his ruffle, there is no head. Wandering, he bends down and appears to try to dig up the earth, appearing to be looking for something. People believe that it can only be the ghost of Thomas Percy, 7th earl of Northumberland, still desperately looking for his severed head, after losing it on Pavement in the sixteenth century.

These are just some of the ghostly and ghastly places to visit in York which are all covered in Claire’s book.