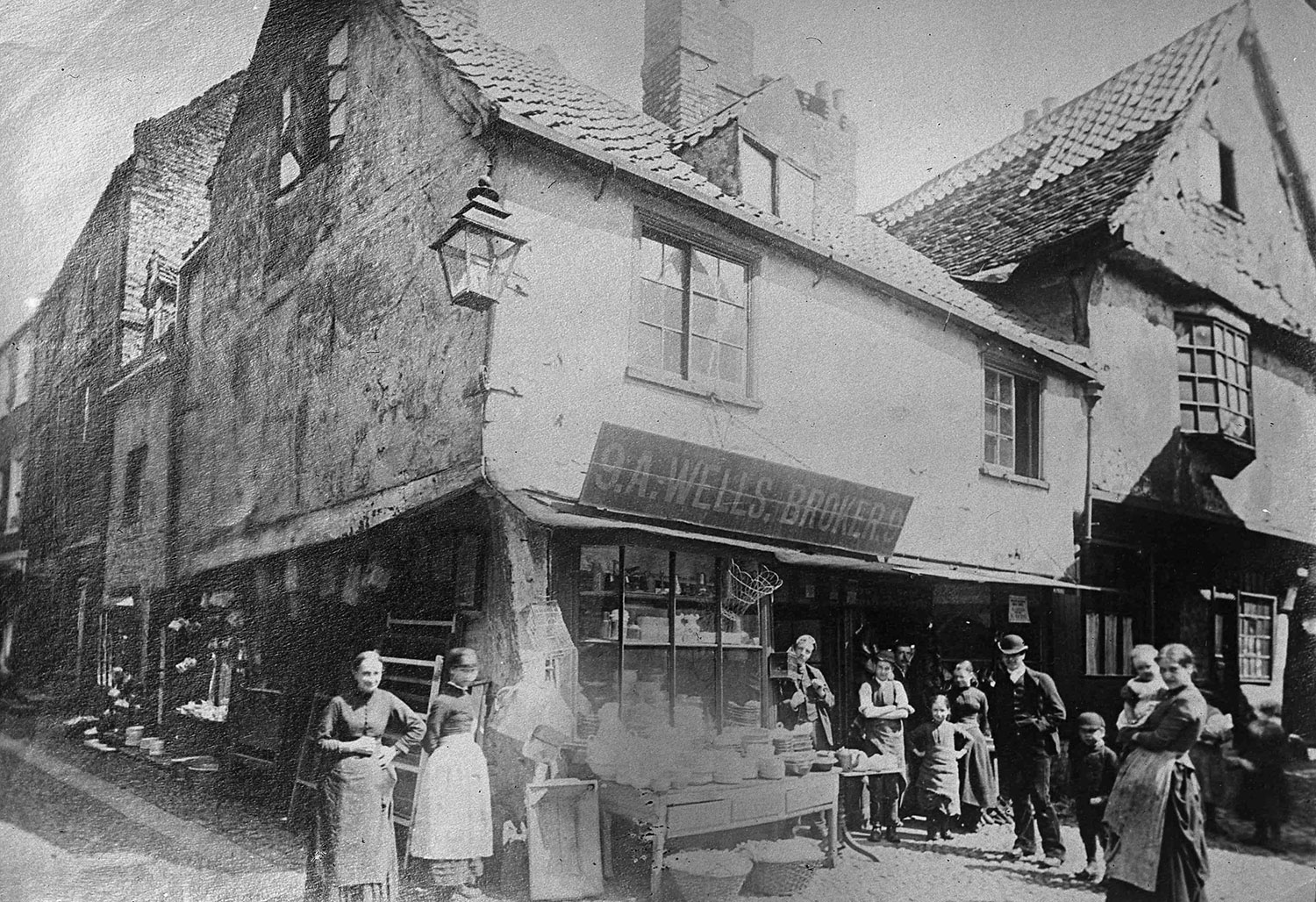 York was privileged to be one of the earliest cities in the world to be photographed, thanks, in part, to it being the birthplace of the British Association for the Advancement of Science in 1831.
Photography was one of those areas of science on the cusp of development and progress. Octavius Hill and Robert Adamson took what are probably the earliest photographs of York while attending a meeting of the association in October 1844.

William Arthur Evelyn arrived in York in 1891. Later in life he wrote, ‘I fell in love with York then and have been in love with it ever since’. He became a keen collector of photographs of the city.
Thanks to Evelyn’s passion for collecting York iconography, we can also see aspects of York as it was in the years before photography. The Yorkshire Architectural and York Archaeological Society’s slide collection comprises many hundreds of images of the city produced by the numerous artists, both professional and amateur, who painted and sketched views of the city over the centuries.

Inevitably some of these views exhibit varying degrees of artistic license, but there is every reason to believe that the vast majority give an accurate and true reflection of the scenes as seen by these artists in their own times.

The earliest depiction of the city of York so far identified comes from a 14th-century manuscript by Geoffrey of Monmouth which was later included in the book ‘Analecta Eboracensia, some remaynes of the Ancient City of York’. 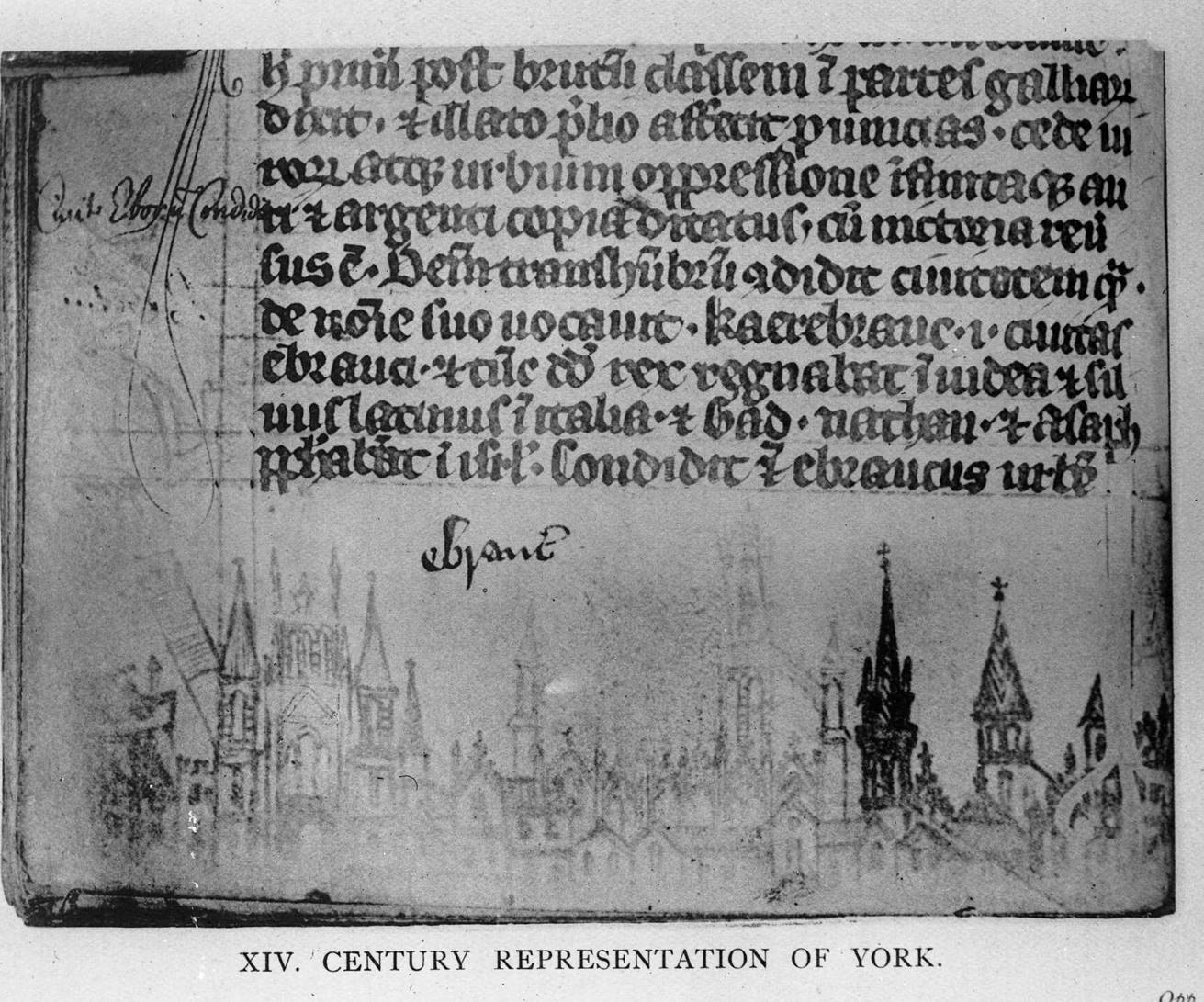 In their book, York – A Rare Insight, authors Ian Drake and Paul Chrystal uncover some of these images of the old city of York as seen in the Evelyn Collection.
Here are some examples for you to enjoy. 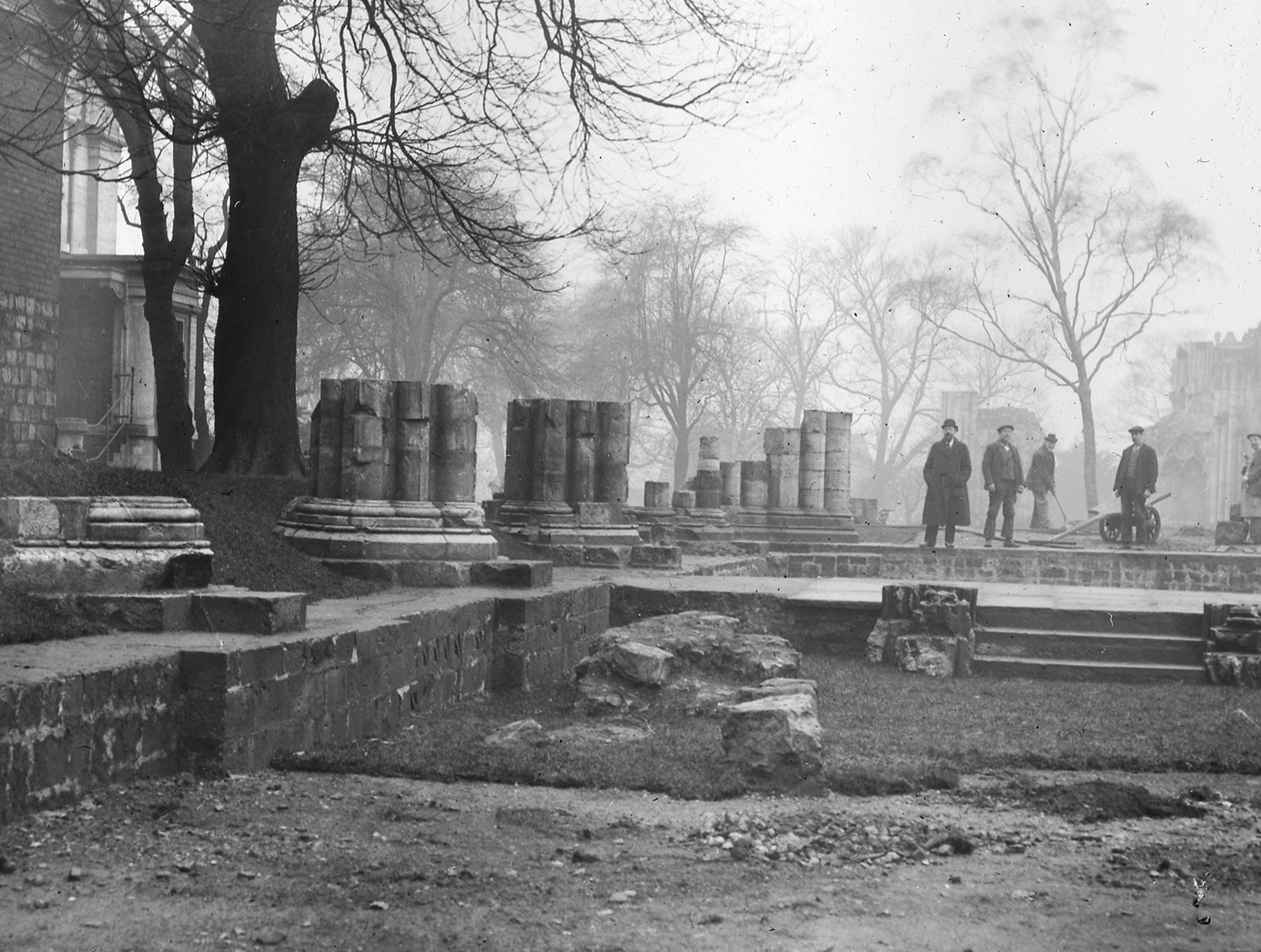 Excavations in the choir of the Abbey Church. The
Tempest Anderson Hall is visible on the left of the picture. 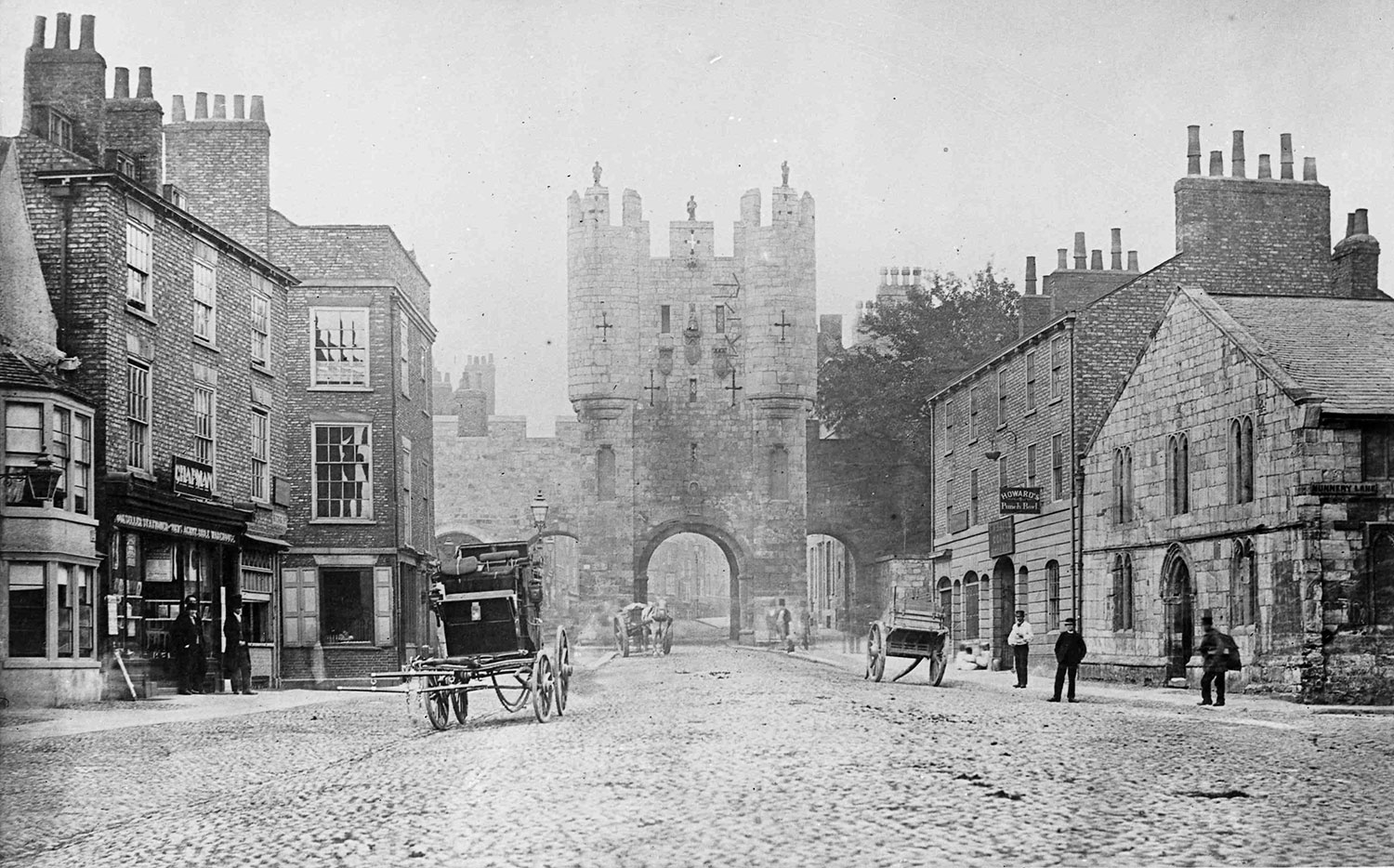 An early photograph of Micklegate Bar after removal of the barbican and the addition of three side arches to improve access to the city. A heavily loaded coach awaits its horse before starting on its journey. 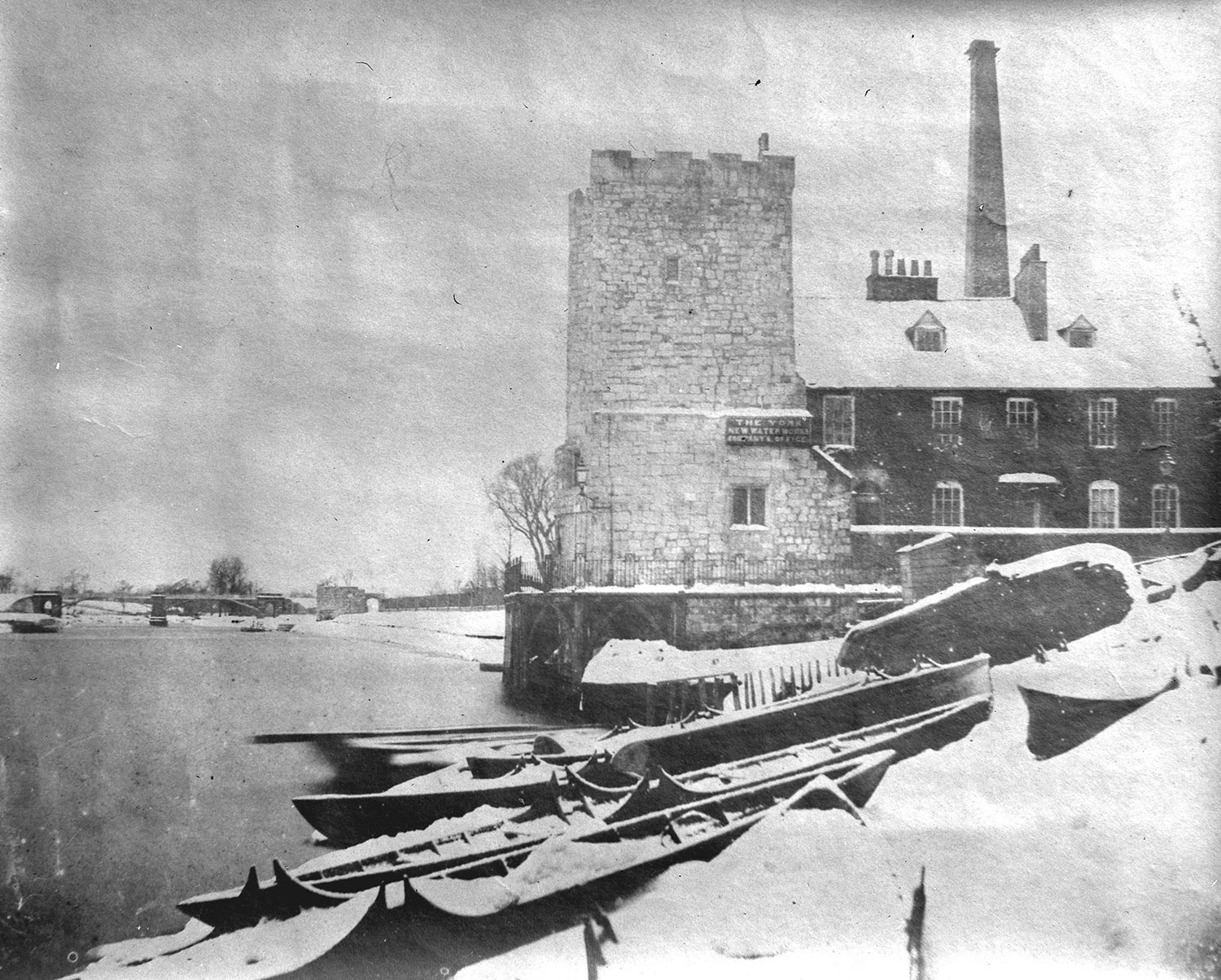 Before Lendal Bridge. This clearly shows the tower, chimney and boiler house and public baths of the York New Waterworks Company and Office. Scarborough Bridge can be seen in the distance. 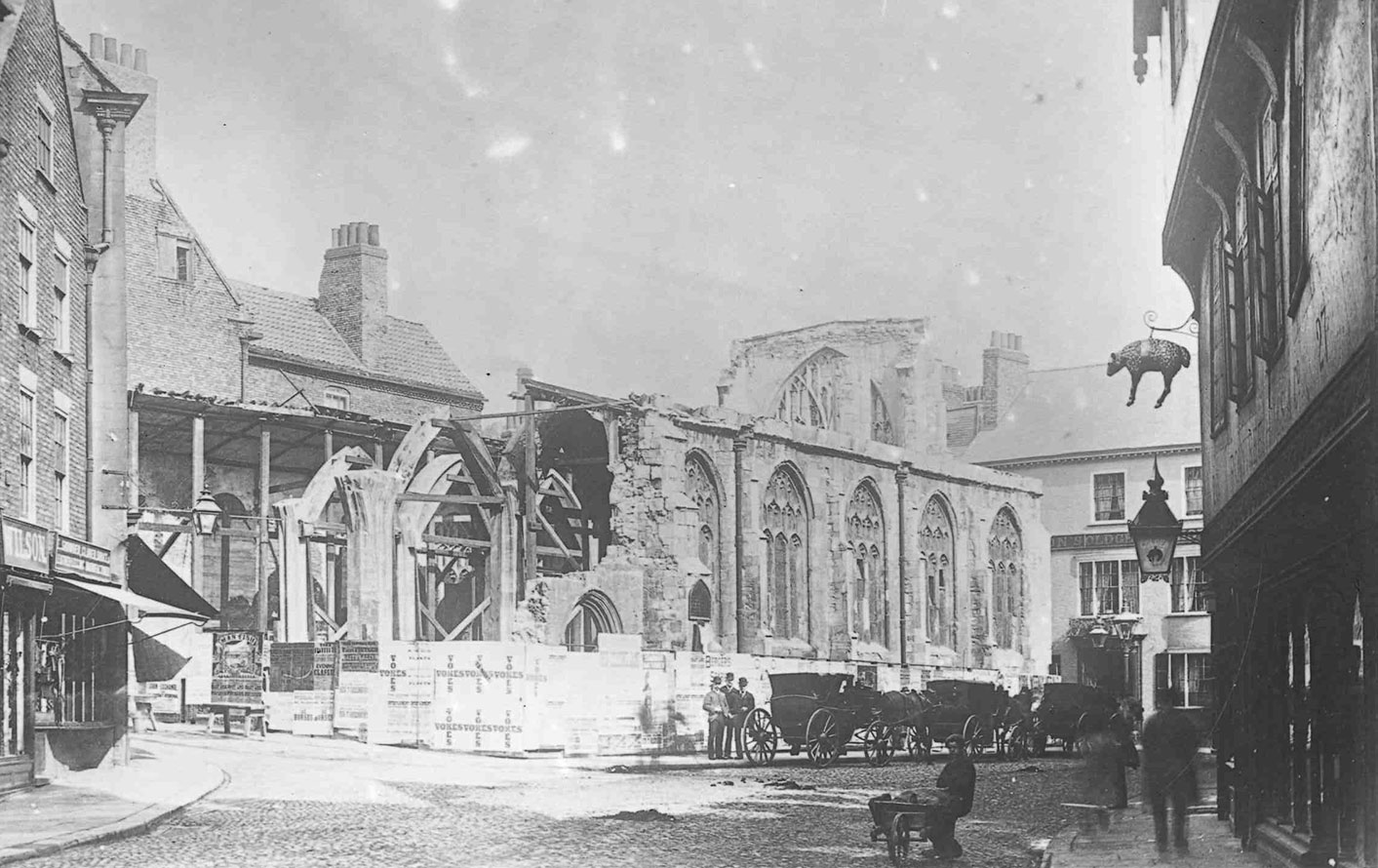 The wanton destruction of St Crux. One of the most depressing acts of Victorian civic vandalism to be visited on a city was the dynamiting of the Italianate cupola-topped St Crux (‘Saincte Crusses’ or Holy Cross) in 1887 – closed in 1881 on health and safety grounds without sufficient funds to save it. The demolition was described as having been done ‘barbarously… without rhyme or reason’.

Wells, the broker. A general dealer and a superb photograph of the buzzing activity around Jubbergate. 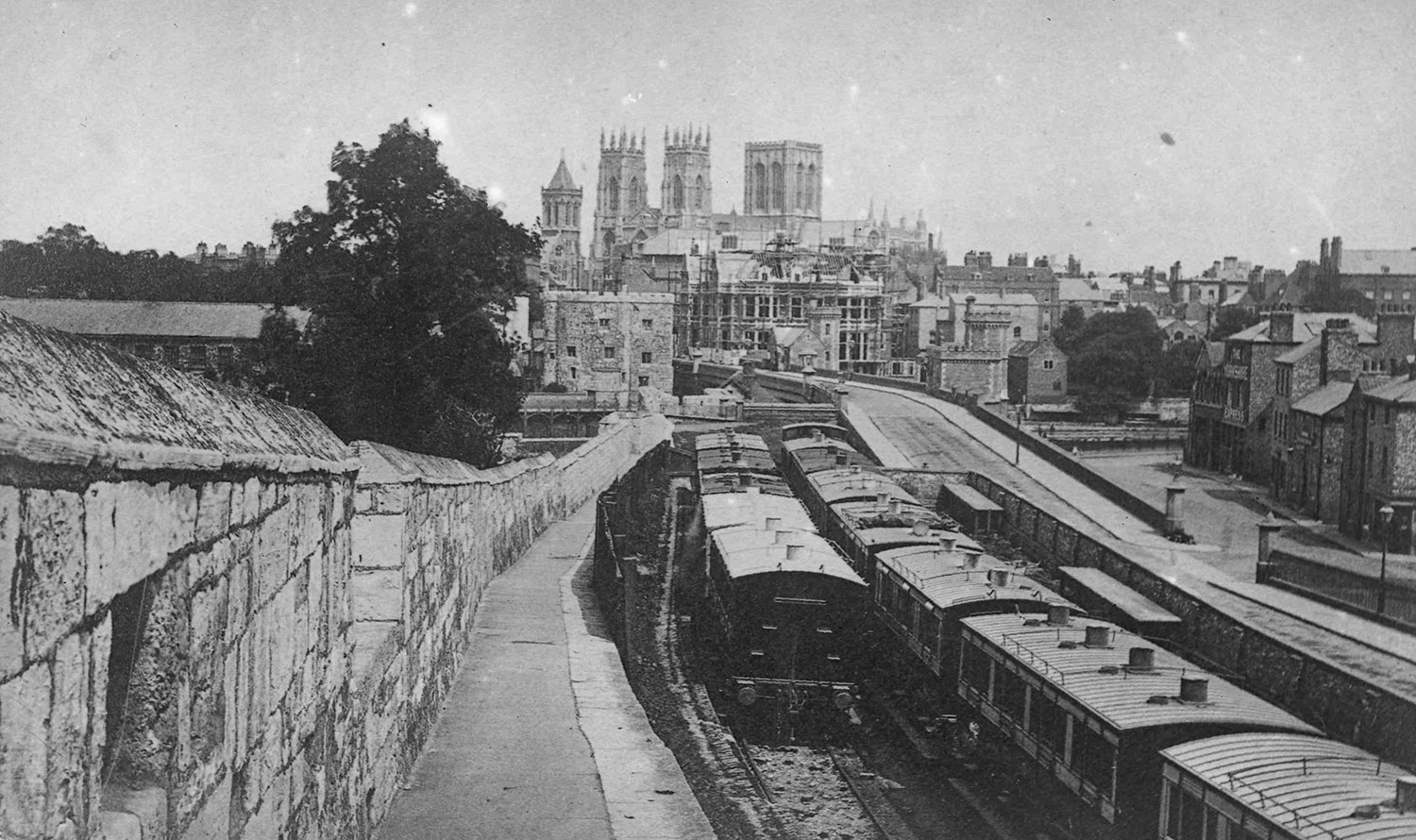 York’s second station
A famous view of part of York’s second station with the Minster towering in the background and Lendal Tower and the Yorkshire Club on Lendal Bridge. 1841 saw what is known as the Old Railway Station open within the city walls, designed by GT Andrews. The site was once the home of a Dominican friary and later of the spectacular nursery gardens of James and Thomas Backhouse. Lady Hewley’s Hospital and the 1814 House of Correction were also demolished to make way. 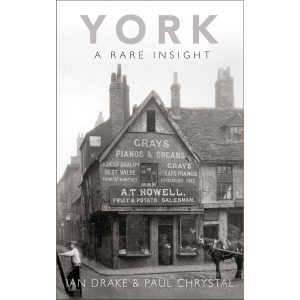 To see hundreds more of these wonderful images of old York, order a copy of York – A Rare Insight today. 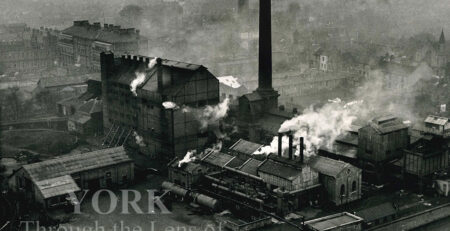 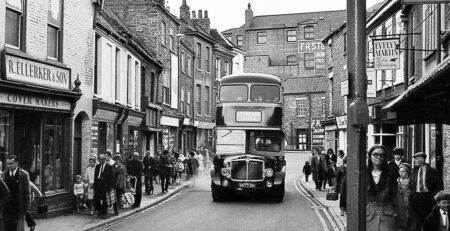 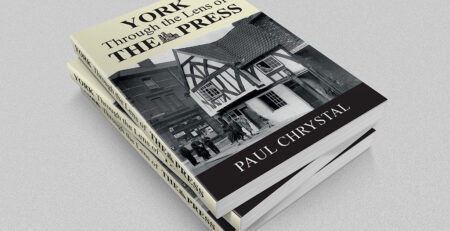